The great Kumar Gandharva also known as  Shivaputra Siddaramaiah Komkali Math needs no introduction, he was the man who revolutionized the field of Hindustani Classical Music. He never bound himself to the Gharana tradition in the Hindustani Classical, his vocal style was magnificent in itself because of that he was called musical mastermind at his time. You can still find his music on Spotify, Savan, Apple music, and Soundcloud. 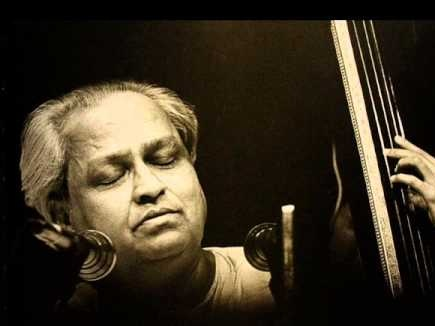 Kumar Gandharva was born on 8 April 1924 in Sulebhavi, near Belgaum in a Lingayat Family.

Kumar’s musical genius started shining from a very young age, at the age of 10 he appeared on the stage for the very first time, under the mentorship of his guru B.R Deodhar he mastered the musical techniques, at reaching the age of 20 he was teaching others at the school.

You can call Kumar a pioneer in creating new raga, composition or just a completely new tradition which caused some controversies and popularity too, Kumar’s style was so good that it can’t only be criticized. Kumar firmly believed that classical music is protruded from the Folk music, he used to put it like this, when musical essence gets distilled from folk songs, it results in new classical raags, yes this was his secret, which he said openly.

Kumar never climbed up to the popularity which his contemporaries Mallikarjun Mansur and Bhimsen Joshi did. He was engaged in himself, respecting the art he cultivated over his experience and time. Kumar was not easy to listen to because of his sometimes harsh and thin voice.

His one lung was damaged due to illness, after getting cured he rebounced but there was a change in his way of singing, instead of long phrases intact in the Hindustani vocal he reckoned on sharp and short bursts of music.

Kumar Gandharva married the woman who used to study music in Deodhar’s school, it was the same school where Kumar was teaching music. Her name was Bhanumati Kans. Kumar fell in love with her, they married and moved to Dewas in 1947. After a short time, Kumar fell ill due to tuberculosis, but the medication and Bhanumati’s care helped him recover fast.

Kumar has two sons, Mukul Shivaputra and Yashovardhan, during the birth of the second son, Bhanumati died.

After Bhanumati’s death, Kumar married Vasundhara Shrikhande who was also his student in Deodhar school, both had a daughter named Kalpini Komakali, who as of now is a noted vocalist herself.

Kumar, in his last time, was not in a good health, after performing his last concert in Bombay, on November 22, 1991, his health deteriorated very rapidly and he took his last breath on January 12, 1992. But his legacy will never die, till we understand the essence of music.

Meet another legendary singer from Belgaum, known as “THE THUMRI QUEEN”

Get to know about Sulochana Latkar, another famous artist from Belgaum