Parasgad fort is located at the distance of 93 KM from the Belgaum city in the Belgaum district. It is believed that this fort was built on the hilltop to keep an eye on the Saundatti village. The fort is built of giant stones and it will take you a complete hour to take a walk around the fort. 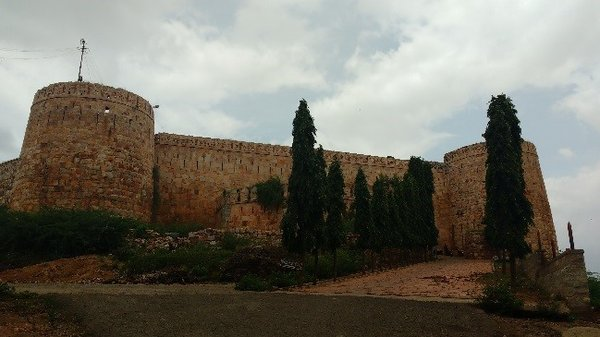 Parasgad fort is located on the hill which has dimensions of about 500 meters from north to south and about 300 meters from east to west, on the top of the hill is a temple of Lord Hanuman, the fort is unsettled with the wreckage of old houses on it, which are assumed to be made to keep soldiers ready for war.

There is a natural spring named Ramatheeatha and a cave that hosts Hindu gods like Ram, Seeta, Parashurama, Jamadagni, Shivling, and a Nand.

Parasgad fort was built during the rule of the Ratta Dynasty, Rattan dynasty controlled over the Belgaum region and Saundatti used to be the capital of the Ratta Dynasty in 875-1250 CE, but after some time, the capital was shifted to Belgaum. As of now, this historical fort is under control of the Archaeological Survey of India.

The fort grabs the attention of many visitors throughout the year, there is no specific month to visit here but the suitable time is between October and March because at this time weather in Belgaum is just perfect, and it will enhance your exploration.

Traveling to the Parasgad fort is not problematic at all because you can reach Belgaum easily by air, bus, train, and cabs, the city is well connected with other cities of Karnataka by all means. And traveling within the city is also easy by local buses, cabs, and autorickshaws.

Attention, since the fort is built on the hill, so the roads leading to the fort are rocky, it is suggested to wear boots and watch out while you are walking to avoid any injury.