Belagavi: The number of passengers and the flights has continued to increase at Sambra airport in Belagavi. In November, the Belagavi airport has broken all previous records. A total 767 flights were operated from Belagavi which is highest ever so far.
In the month of November, a total of 30,336 passengers travelled from Belagavi airport while 767 flights were operated. The flights would be increased in the month of December as two new operations will be commenced. Belagavi is now leading in terms of more routes and more aircraft compared to any other airport of North Karnataka. The month of November 2020 saw the highest aircraft movement of 767 surpassing its February 2020 number that is 752.
The movement of 767 aircraft from Belagavi(IXG) is an all time high. Belagavi which was lost its all flight operations once, had started getting the flights after Belagavi airport added into UDAN scheme. Belagavi airport is flying high and making new records in terms of aircraft movements and also passenger movements. Belagavi will not only be the most connected destination in North Karnataka but also the busiest one.
Currently, Belagavi airport has three flights to Bengaluru, three to Hyderabad, two to Mumbai, and one each to Pune, Indore, Surat, Cuddapah, Tirupati, Mysore, and Ahmedabad, Chennai( via Mysuru) with around 22 to 24 operations a day on average. The Belagavi airport is seeing an increasing number of flights. All credit goes to the people as the passengers number is also increasing. Two more flights will be connected to Belagavi in December month. Star air will operate flights to Bengaluru and Surat from Belagavi weekly three days that is Monday, Wednesday and Friday. Star Air is presently parking its one plane here and will utilize its second parking slot from this month. So two planes would be parked here overnight’ he said. 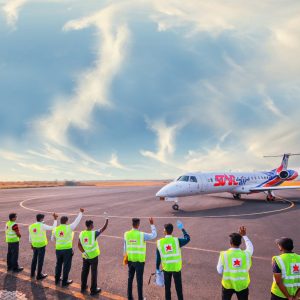