Belagavi: Newly laid double line between Chikodi Road and Raybag stations (13.94 Km) on South Western Railway was commissioned on 16 December. This double line between Chikodi and Raybag is part of the 186 km of doubling of Londa – Miraj project sanctioned in 2015-16 for Rs1191 crore. This is the second section of this project which is being commissioned.
The Public relation officer of SWR said that ‘The doubling between Ghataprabha to Chikodi Road (16 Km) part of the same project was commissioned last year. This section between Raybag to Kuduchi is also targeted for commissioning by 2021. During the time of union minister for state railways late Suresh Angadi, this project was sanctioned and was being personally monitored by him for improving connectivity between Bengaluru to Mumbai.

AK Rai, Commissioner of Railway Safety (CRS)/Southern Circle, Bengaluru conducted a statutory inspection and speed trial of newly laid double line earlier in November. The new BG doubling line is in Belagavi district of Karnataka state and now opened simultaneously for goods and passenger traffic between Chikodi Road and Raybag stations. There are 21 minor bridges, 4 roads under bridges and one canal bridge on this section. One manned level crossing with special class interlocking has been provided.

The work of doubling in the section was monitored by KC Swami, Chief Administrative Officer/Construction and executed by TV Bhusan, CE/CN/II/UBL, G Santhiram, CSTE/CN and officers of SWR construction organization.

Non Interlocking works for connecting Raybag and Chikodi road commenced on December 15 and was completed on December 16. Arvind Malkhede, Divisional Railway Manager, Hubballi monitored the work at the stations to ensure early commission the section. Officers and staff of Hubballi division worked continuously for successful completion of the NI at Raybag and Chikodi Road. Ajay Kumar Singh, GM/SWR commended the work of construction team and Hubballi division and said that work of doubling of the track was a priority and SWR is increasing line capacity for better and faster connectivity over the Zone. The work of doubling in other sections between Londa and Miraj is in progress and once it is completed Bengaluru-Mumbai connectivity will be further strengthened. 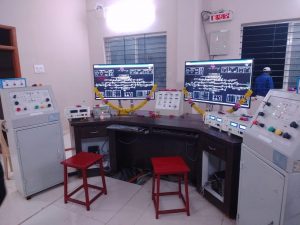